Editor’s note: Akron Art Museum board member Sue Klein has visited—and photographed—every single one of the national parks. She wrote the following account of her journeys for the Garden Club of America’s Focus magazine. The GCA generously granted permission to republish Klein’s article in conjunction with Our Land, an exhibition of photographs of areas under the management of the National Park Service. Organized in celebration of the centennial anniversary of the NPS, Our Land is on display through February 12, 2017 in the Fred and Laura Ruth Bidwell Gallery. 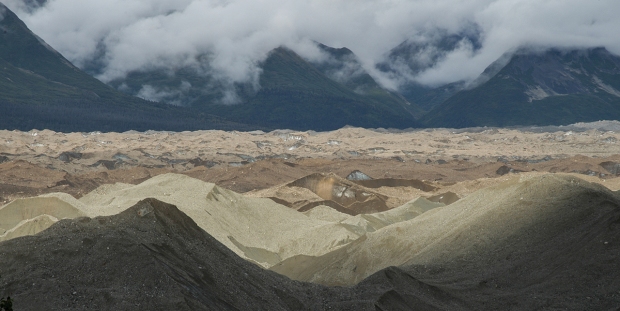 Visiting the national parks took us to some unimaginable places in our own magnificent country. My husband George and I had visited 28 of the national parks when we decide to go for broke and visit all the other 39 (includes three added along the way). To plan our visits, we just figure out how to get there and where to stay and do the rest when we arrive on site. Usually I take a tripod, but rarely, if ever, use it–we are moving light and flexible. I look for the non-iconic shots (but truthfully I do shoot Old Faithfuls and Half Domes). In the following journal just one or two adventures or experiences per park are mentioned. This is only a taste. 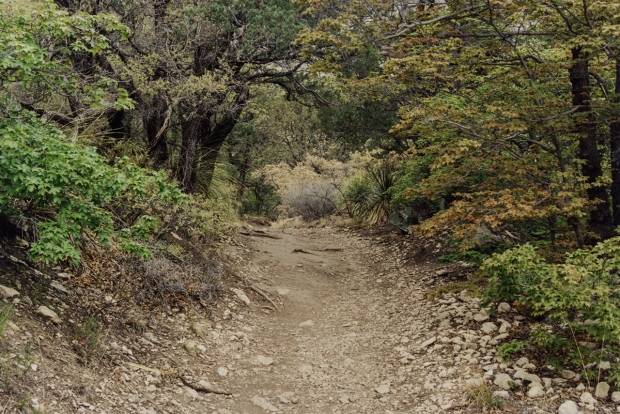 Way south on the New Mexico border. The mountains are actually part of an ancient marine fossil reef. We find a flat 6.8-mile loop trail (loops are the best) at McKittrick Canyon. Around each corner we discover treasures: a rattlesnake, a tree with alligator bark, squawroot, an unusual cliff and, at the end, a blinding sandstorm. I am like a kid in a candy shop. The sandstorm blows in fast and furious, 80 mph we are told. The white sand piles up along the road like snow.

We are mountain people. We tell ourselves this is only a trip to check a park off our bucket list. However, our adventures in the Everglades are pure delight. There are so many short walks, boat rides (motor and self-propelled) and even biking opportunities through different environments: sawgrass, swamp and mangroves by boardwalks, alligator territory and others. Most can be done on our own time. The boardwalk at Corkscrew Swamp Sanctuary is our introduction and I feel like I am squealing as we wander through this amazing swamp, hanging over railings and gawking at the birds, plants, flowers and the general landscape. (It’s actually in a national preserve contiguous to the official Everglades. National parks are often surrounded by other federal lands.) A favorite adventure in Everglades National Park is a moonlight paddle after dinner to see the roseate spoonbills. The pink birds are beautiful as they come into roost with a pink sunset and pink water reflections. On the way back in the dark, our guide shines a flashlight on the water and we see alligator eyes all around us. 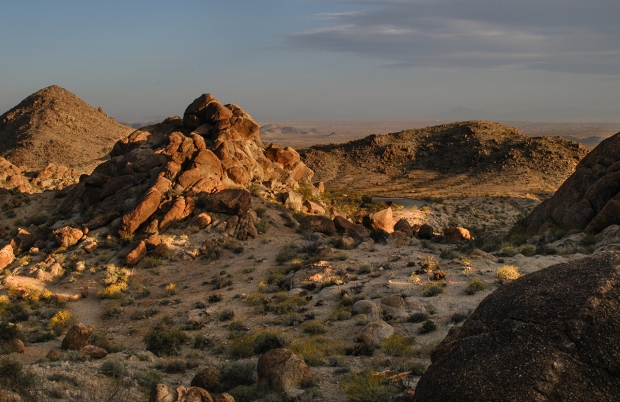 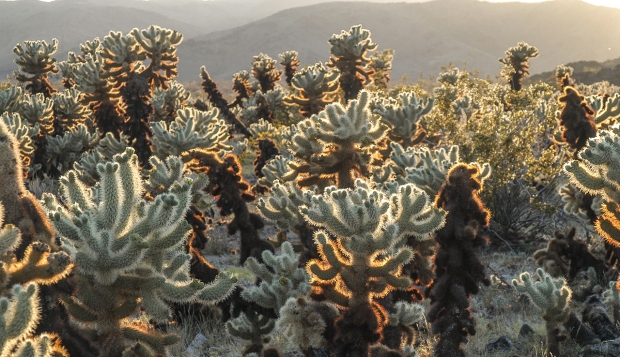 “Rather than be dazzled by man’s accomplishment, you’ll be bewildered by nature,” say our hosts at our desert funk motel. We aren’t particularly interested in deserts. But, then there are the amazing rocks and rock formations. It looks like a playground for kids of all ages. Cacti, succulents and other plants are everywhere. Outrageous flowering plants are in full display. The Mojave and the Colorado deserts abut here. The Colorado is known for the cholla cactus and the Mojave (higher and wetter) is recognized by the Joshua trees. This is prime time on the desert. Look at us, we are now desert people! (FYI, it’s only 157 driving miles to LAX.) 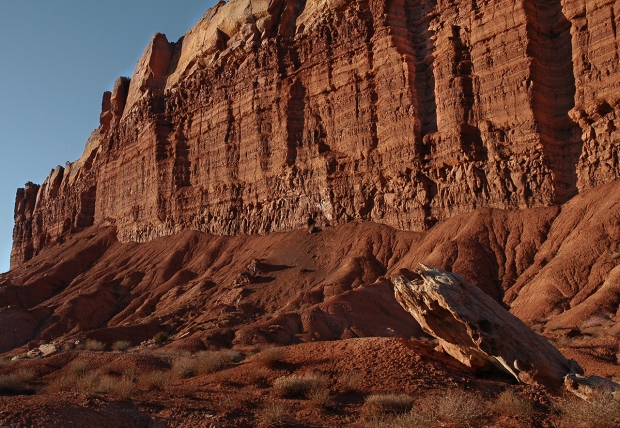 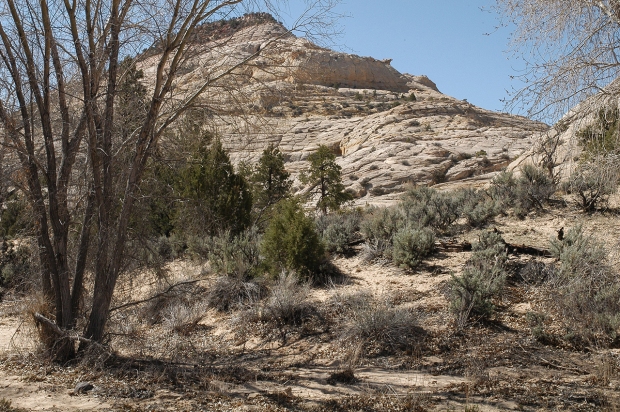 Capital Reef is Mother Nature on steroids. The reef is actually a “giant, sinuous wrinkle in the earth’s crust stretching for 100 miles” north and south, according to the park service. At first I love the huge-sized rocks, formations and jagged shapes. There is intense color, texture, layers, energy and chaos here. But after a few hours, I long for something peaceful, softer and soothing. I want out. We follow a dirt road outside and around the park, with less drama and lots of quiet beauty. Ahh, it feels better, and I immediately relax. A friend later explained to me that this was a yin and yang experience. That is I went too far, yang (chaos and jagged) and I needed to balance this with yin (rounded and calm). Bottom line, these parks really jiggle all the things I love, over-stimulating sometimes, but a thrill.

This park is divided into two parts, separated by the city of Tucson. We spend the night here in the 1930s Arizona Inn, a classic Spanish-style place… very high class for our national park adventures that usually run more to tents, Hampton Inns, and 1930s cabins (with one double bed and a bare overhead bulb). We head for Saguaro West and this time I have an agenda. I am looking for an image to enter in the “Joy of Sex” class at a Garden Club of America show. My 105 macro and monopod are with me as I walk along the Cactus Garden Trail. Oh, my gosh! When I focus in on the ripe blooms, it is a virtual porno show. I think I’m blushing. Giggling my way around this Garden of Eden, trying not to be such a prude, I discover a whole new lustful plant world. Mission accomplished.

Measuring up to 50 feet tall and up to 16,000 pounds, the saguaro plant is the largest North American cactus. In some places they covered the landscape like a forest.

Our thirteen-year adventure took us to unimaginable places in our own country, in many cases far off the beaten track. Whether the park was one of the biggies or something like Hot Springs, Arkansas (my first time in the state), Great Basin in Nevada (a five-hour drive across the Great Salt Lake desert at night), or Theodore Roosevelt in North Dakota (a two-hour drive west from Bismarck past oil wells and sunflower fields), I can remember every one by some unique experience. That is, as we checked parks off our list, we discovered, often by accident, so much about our own glorious country that we never knew!

So, “just do it.”  Make plans, but don’t schedule every minute, something better might turn up, like a California condor, a sandstorm, a yin-yang experience or an in-your-face Half Dome. If you need extra incentive, take your kids or grand kids.

Check back in a week for Part 2 of Sue Klein’s National Park adventure!

Start your own National Park Adventure by visiting Our Land at the Akron Art Museum and the nearby Cuyahoga Valley National Park.

This site uses Akismet to reduce spam. Learn how your comment data is processed.