Given the Akron Art Museum’s commitment to modern and contemporary art, featuring the work of artists from our region and working internationally in our collections and exhibitions, taking advantage of opportunities to see artwork firsthand (so important) nearby and beyond is an important activity for me.  As with other members of our curatorial department, I regularly visit galleries and museums, attend artist talks, and meet with collectors, both as part of my job and pursuing my personal interests. In that regard, I spent several days in New York City in October to see some of the many exciting exhibitions on view at galleries and museums (including ones featuring a number of northeast Ohio artists) and to work on Intersections: Artists Master Line and Space, an exhibition I am organizing that will be on view at the museum in fall 2016.

My trip began with immersion in current New York geometric abstraction in the Stanley Whitney exhibition at the Studio Museum in Harlem featuring luminous oil paintings and watercolors.

Then I made a trip down to Chelsea. First stop: UA Professor Matt Kolodziej’s excellent installation at The Painting Center. [Read the exhibition catalog to Matthew Kolodziej: Lost on a Straight Line, which includes an interview with Janice Driesbach.]

I enjoyed encounters with works by artists from the Beauty Reigns exhibition the museum hosted earlier this year, Paul Henry Ramirez exhibiting beautiful individual paintings at Ryan Lee and Nancy Lorenz having an opening at Morgan Lehman. 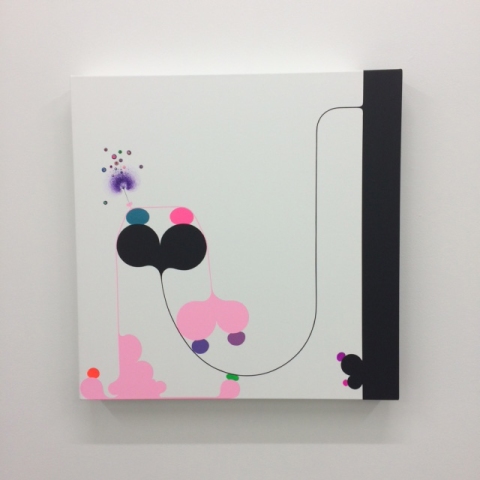 Nancy’s many works, all from this year,  are responses to drawings she made of each element in the periodic table when she had a Guggenheim Fellowship some time ago. Gallerist Sally Morgan shared that the installation of work in many media was arranged by type of elements, e.g., halogens and metalloids. Platinum is pictured below. 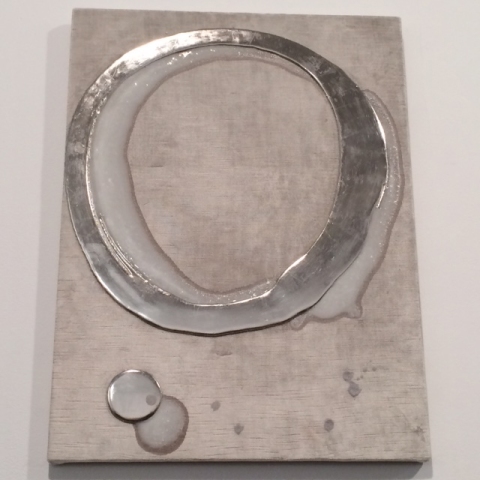 Numerous Thursday evening gallery receptions included one for Sheila Hicks, an amazing textile artist who studied with Joseph Albers long ago and, inspired by him, spent significant time as a young artist in Peru and Mexico, areas of the world that personally fascinate me. 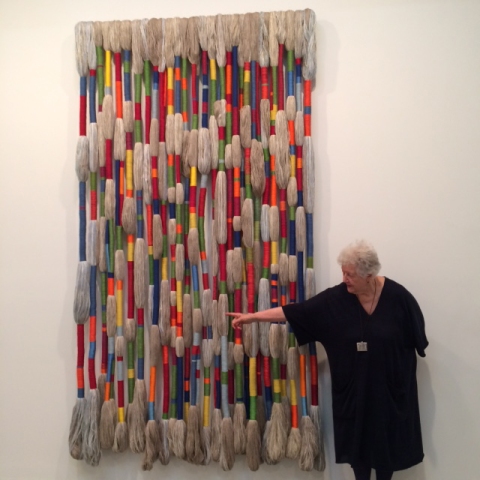 On Friday morning I set out to visit galleries, armed with a list ordered by address that I have been compiling for some time. I continue to update the list based on previous experience, postcard and digital announcements that I receive, art magazine advertisements, internet and blog reviews and recommendations from friends and colleagues.

I decided to focus around 57th Street this morning, starting with another exhibition of work by Sheila Hicks, this time small textiles, on East 60th Street.

On way to the galleries clustered around Fifth Avenue I spied a wonderful El Anatsui in the lobby at the Bloomberg headquarters. 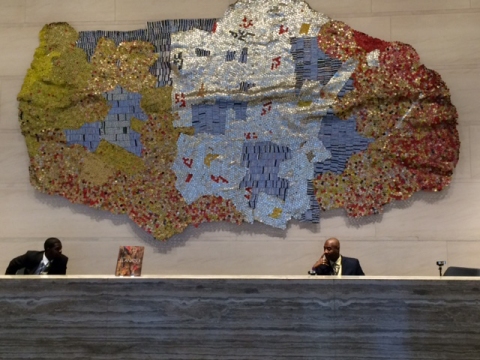 Intrigued by the beautiful work by the artist the Akron Art Museum has so prominently featured, I stepped in to view the composition more closely, discovering an impressive Ursula van Rydingsvard sculpture nearby.

That analogy seemed even more apt for the Arizona and Utah landscapes that were featured. 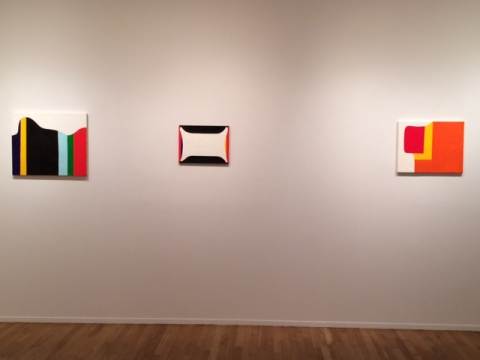 Rineke Dijkstra‘s three-channel video was as beautiful as the poses assumed by young students at the St. Petersburg Gymnastics School astonished.

After lunch, I made my way back to Chelsea, where I saw a two-channel video in Trevor Paglan’s exhibition addressing surveillance. The video is at once very beautiful and disturbing, a balance that I find intriguing. 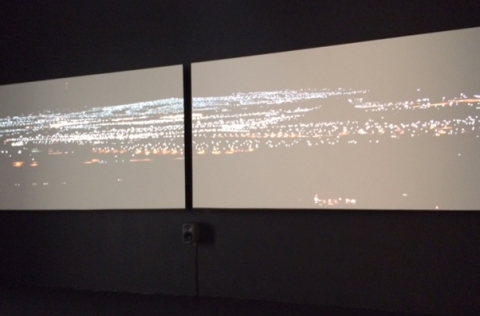 I had meetings at two galleries regarding Intersections. Both were productive. and afterward I explored other exhibitions as time permitted. Among the highlights was work by Beatriz Milhazes (another artist in the Beauty Reigns exhibition), early Anne Truitt drawings and Ron Nagle ceramics. 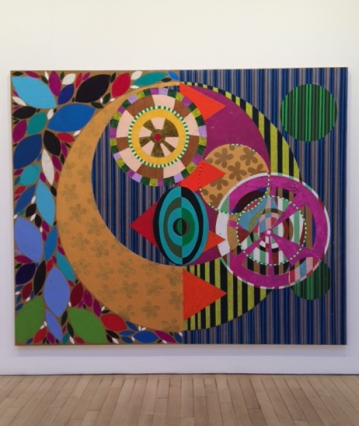 Check back next week for Part 2 of Janice Driesbach’s New York trip.

This site uses Akismet to reduce spam. Learn how your comment data is processed.